The Bush Administration and Torture: Who is Responsible for the Abuse at Abu Ghraib?
Political Science » Torture

Depoliticizing and Deconstructing Human Rights: Changing the Lens Through Which We View Universal... 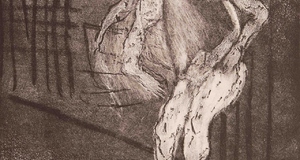 The Bush Administration and Torture: Who is Responsible for the Abuse at Abu Ghraib?
Since first becoming public in March 2004,1 the case of the detainee abuse at the Abu Ghraib Prison2 has gained widespread interest and an important place in debates on the Iraq War. At the prison, systematic abuse of detainees, described as ‘sadistic, blatant, and wanton’, was perpetrated by military police guards.3... MORE»
Advertisement
Political Science » Torture 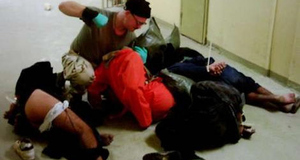 Torturing America: Securing the American Interest
Even before his inauguration, President Barack Obama made it clear that he believed torture was morally reprehensible and promised that under his administration the U.S. would no longer practice torture.1 Accordingly, on April 16th, 2009 Mr. Obama and the U.S. Department of Justice authorized the release of C.I.A memos detailing... MORE»
Political Science » George W. Bush Presidency
The Bush Administration, Human Rights, and a Culture of Torture
For most Americans, 9/11 represents a turning point for our country. It is the beginning of a new chapter in our relations to the world and how we view our place in it. It is the beginning of a chapter where the American commitment to human rights was put in doubt, war was waged, and potential crimes were committed in the name of national security. The nineties by comparison were a prosperous time for Americans and the country. The economy grew by... MORE»
George W. Bush Torture War on Terror Human Rights
International Affairs » Human Rights 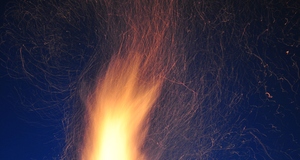 Depoliticizing and Deconstructing Human Rights: Changing the Lens Through Which We View Universal Human Rights
This paper is an attempt to navigate through existing theories of universalisation of human rights and existing justifications thereof. It is premised on several cultural and political notions that it takes as starting points... MORE»

Flipping the Cultural Script: Papaya Soap and Skin Color Stratification in the Philippines
By Aimiel Trisha W. Casillan
Centuries of subjugation under Spanish and American colonial rule have embedded an idealistic view of white beauty in the minds of Filipinos. It continues to be deeply rooted in Philippine culture due to the constant exposure of Filipina bodies... Read Article »
Women's Studies Colorism Philippines Filipino History Racism Decolonization Advertising Neocolonialism
Women's Studies
2020, Vol. 12 No. 10

The Sanctity and Disgust of the Female Body in Rosemary's Baby
By Leina Hsu
This paper explores the woman’s body as a site of sanctity and disgust in the film Rosemary’s Baby. The character of Rosemary Woodhouse is depicted as a pure, virtuous, and feminine figure. She is positioned against other corrupted,... Read Article »
Cinema American Cinema Women's Studies Roman Polanski Female Body
Child Development
2020, Vol. 12 No. 10

The Process and Barriers to Legal Gender Transition: A Case Study Analyzing the Yogyakarta Principles
By Christian Borkey
Trans people experience a wide range of social and legal disadvantages, including an inconsistent, patchwork system - where one exists at all - to attain legal recognition of their gender. In the absence of such legal recognition, transgender people... Read Article »
Transgender Legal Gender Transition Yogyakarta Principles Gender Studies
Sexuality
2020, Vol. 12 No. 07

Gender-Based Violence in Refugee Camps: Understanding and Addressing the Role of Gender in the Experiences of Refugees
By Mie A. Jensen
The discussion of 'women's rights' is often subsumed into the broader consideration of 'human rights,' but when it comes to understanding the experiences of the world's most vulnerable people — refugees — the issue of gender cannot be... Read Article »
Gender-Based Violence Refugees Human Rights Women's Rights Sexual Violence
Gender Roles
2017, Vol. 9 No. 11