Alex J. Maben graduated in 2019 with a Bachelors degree in Biomedical Computation from Stanford University in Stanford, CA.

The CRISPR Fantasy: Flaws in Current Metaphors of Gene-Modifying Technology

Development of a Micro-integration Technique for the Fabrication of a Cell-Fiber Scaffold Complex...
Philosophy » Ontology

Plotinus' Ontology and the Problem of Matter 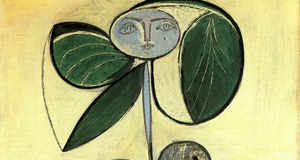 On Understanding Abstract Portraits: Applying Cognitive Semiotics and Psychophysiological Symbolism
Expression through artwork, representation, and interpretation are significant aspects of our human experience and key elements of the discipline of Aesthetics. Rarely do these concepts integrate a social science perspective... MORE»
Advertisement
Philosophy » Bioethics 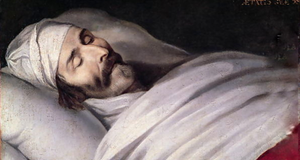 "Irreversibility" and the Modern Understanding of Death
Recent advancements in medicine have resulted in technology that allows us to have a better understanding of the essence of life. In turn, this has allowed us to more precisely identify the moment of death through certain criteria, whether through the cardiopulmonary criteria of death or through the newer, brain-oriented criteria... MORE»
Health Science » Tissue Engineering 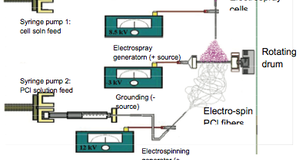 Development of a Micro-integration Technique for the Fabrication of a Cell-Fiber Scaffold Complex in Heart Valve Tissue Engineering
All clinically available heart valve prostheses, such as mechanical and bioprosthetic valves, are intrinsically flawed in that they are unable to grow and become a fully functional part of the native tissue. In response... MORE»
Philosophy » Ontology 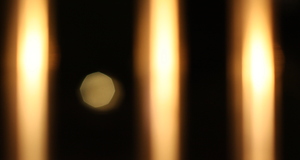 Plotinus' Ontology and the Problem of Matter
Within The Enneads, Plotinus claims all existence derives from an entirely immaterial and benevolent source which he calls the One.[1] At the same time, he also states matter corrupts that which is immaterial, and one should not understand it as being good.[2] Therefore, how can one state that Plotinus... MORE»

Native Design in Modern Fashion: The Transformations of Native American Flower Beadwork
By Jianing Zhao
What happens to flower beadwork when its application is transformed from traditional clothing decoration, to painting on the wall, and back to embroidery on high-end fashion garments? What happens to Native women, when their bodies are lost, violated... Read Article »
Indigenous Art Colonialism Fashion Cultural Appropriation Native American Beadwork Metis
Contemporary Art
2011, Vol. 3 No. 06

Appropriation in Contemporary Art
By Hayley A. Rowe
Appropriation refers to the act of borrowing or reusing existing elements within a new work. Post-modern appropriation artists, including Barbara Kruger, are keen to deny the notion of ‘originality’.[2] They believe that in borrowing... Read Article »
Contemporary Art Picasso Appropriation Duchamp Roland Barthes Sherri Irvin Photography
Photography
2016, Vol. 8 No. 03

The Medicalization of Blackness: Rashid Johnson and the Diseased Connotations of Race
By Danielle Wu
"Rashid Johnson: Message to Our Folks" was a solo exhibition on view at the Mildred Lane Kemper Art Museum from September 20, 2013 to January 6, 2014. The gestural painting Antibiotic (pictured below) differed from neighboring works because of... Read Article »
Rashid Johnson Contemporary Art Visual Art Modern Art Race Post-racialism
Art History
2014, Vol. 6 No. 03