Kendra A. Palmer graduated in 2011 with a Masters degree in Professional Writing from Chatham University in Pittsburgh, PA.

Childhood Obesity: Prevention and the Role of School Psychologists
Let There Be Light: An Exploration of the Life of Nikola Tesla
Writing: A Necessary Undertaking in Advanced Society
Serbia and the Former Yugoslavia: What's to Be Done?
Understanding Human Language: An In-Depth Exploration of the Human Facility for Language

How the Electrical Activity and Synaptogenesis of Neurons Contribute to the Efficacy of Neurofeedback...
Psychology » Mental Health

Mindfulness-Based Art Therapy: A Review of the Literature 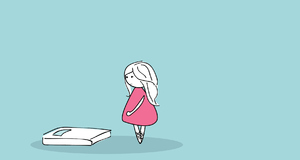 Treating Bulimia Nervosa with Cognitive-Behavioral Therapy and Interpersonal Psychotherapy
Bulimia nervosa represents a significant source of morbidity among young women. This review compares cognitive-behavioral therapy (CBT) and interpersonal psychotherapy (IPT) for the treatment of bulimia nervosa in young women. CBT has been established as the most effective treatment for bulimia nervosa. However, research has shown... MORE»
Advertisement
Biology » Gene Therapy 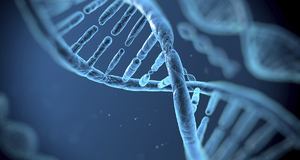 Gene Therapy: Current Treatment Options and Likely Near-Term Developments
Gene therapy has ceased to be a futuristic dream and instead become a treatment for the present. Somatic cells can be treated with gene replacements or gene fragments to express required proteins and whilst gene therapy was originally aimed at inherited disease, it is now capable of treating a number of acquired problems such as... MORE»
Neuroscience » Neurofeedback Therapy 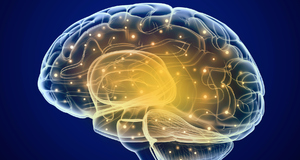 How the Electrical Activity and Synaptogenesis of Neurons Contribute to the Efficacy of Neurofeedback Therapy
Neurofeedback Therapy (NFT) is a type of biofeedback therapy specifically targeting the brain and nervous system. According to the Mayo Clinic, biofeedback is defined as a technique one can use to learn to control the body... MORE»
Psychology » Mental Health 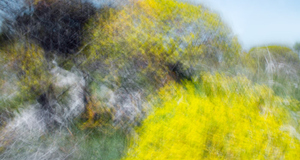 The Weight of Emotions on Decision-Making: A Comparative Analysis
By Jadzia M. Wray
When making decisions, a person must rationally analyze their options and understand potential outcomes. Emotions, the way that we feel in a particular moment, are also involved in how we respond to others. But how much do emotions really weigh... Read Article »
Emotion Rational Choice Decision-Making Behavioral Psychology
Behavioral Psychology
2020, Vol. 12 No. 09

A Historical Perspective on the Cultural Connotations Surrounding Eating Disorders
By Meera Shanbhag
Over 30 million people in the US are plagued by eating disorders (EDs), with at least one ED-related death occurring every 62 minutes.[1] These serious illnesses, which have the greatest mortality rate of any psychological disorder, are characterized... Read Article »
Eating Disorders Cultural History Body Image Eating Behavior Behavioral Psychology
Romantic Relationships
2019, Vol. 11 No. 12

The Psychology of Romance: The Impact of Personality Traits on Romantic Relationships
By Amanda Glynn
Research shows conflicting results when relaying how personality traits play into successful and satisfying romantic relationships. The focus has been on trait similarity (i.e. the “Birds of a Feather” concept) without a clear answer... Read Article »
Personality Romantic Love Relationships Personality Theory Dating
Educational Psychology
2018, Vol. 10 No. 12

Exploring the Origins of Achievement Goals and Their Impact on Well-Being
By David A. Olson
Achievement goals refer to the motivational approach of an individual when facing an achievement situation that challenges the person’s sense of competence, such as a university course (Baranik, Stanley, Bynum, & Lance, 2010; Harackiewicz... Read Article »
Educational Psychology Achievement Goals Mental Health Academic Performance
Behavioral Psychology
2018, Vol. 10 No. 09

Differences in Ethical Decision-Making and Reward Responsiveness in Individuals with Anxiety and Depression
By George Bate
This study aimed to determine if anxiety and depression in individuals are related to deontological ethical decisions, with particular emphasis on the role of reward responsiveness as an underlying principle mediating any differences. Despite some... Read Article »
Decision-Making Anxiety Depression Mental Health Ethics Ethical Dilemmas Behavioral Psychology