Joshua A. Jones graduated in 2013 with a concentration in Criminal Justice from American Military University in Charles Town, WV.

Addressing the Use of Sexual Violence as a Strategic Weapon of War
From Nostalgia to Post-Traumatic Stress Disorder: A Mass Society Theory of Psychological Reactions to Combat
Assessing the Impact of "Three Strikes" Laws on Crime Rates and Prison Populations in California and Washington
A Multi-State Analysis of Correctional Boot Camp Outcomes: Identifying Vocational Rehabilitation as a Complement to Shock Incarceration
Wrongful Conviction in the American Judicial Process: History, Scope, and Analysis

Rethinking the American Civil War, Through the Eyes of a Teenager
History » American History

The Uprisings of Nat Turner and John Brown: Response and Treatment from the Abolitionist Movement...
History » American Slavery 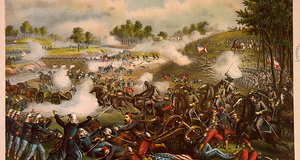 Rethinking the American Civil War, Through the Eyes of a Teenager
The legacy of the American Civil War with which we are left is one that emphasizes a participatory American populace, overwhelmingly enthused over and invested in the conflict. Particularly in the North, we are likely to think of a cooperative culture unifying civilians and the enlisted in a shared war effort. Indeed, the popularity... MORE»
Advertisement
History » American History

The Uprisings of Nat Turner and John Brown: Response and Treatment from the Abolitionist Movement and the Press
This paper examines two influential slave uprisings and the treatment these received by both the abolitionist movement and the press. The first section explores the country’s reaction to John Brown’s raid on... MORE»
History » American Slavery

Creating Life Within the Confines of Slavery: Comparing Northrup's Memoir Twelve Years a Slave and Genovese's The World the Slaves Made
Solomon Northup’s Twelve Years a Slave (1853) provides a comprehensive first-hand account of slavery that both corroborates and challenges Eugene Genovese’s argument in his later analysis of the... MORE»
African-American Studies » Civil Rights 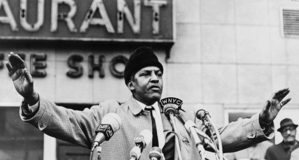 The "Roving Ambassador:" Bayard Rustin's Quaker Cosmopolitanism and the Civil Rights Movement
"As you know," wrote Bayard Rustin to Charles S. Johnson, the president of Fisk University, in December 1946, "I have been interested for some years in the nonviolent revolution which Gandhi and Nehru... MORE»

James E. Webb and the Grand Strategy of the Moon Landing: A Political, Administrative, and Contextual Analysis
By Charlotte Waldman
The man who powered NASA through the Apollo Era had no background in science or engineering. Rather, NASA achieved one of history’s most thrilling tasks on an ambitious timeline in turbulent political conditions precisely because NASA Administrator... Read Article »
Cold War Moon Landing Space Exploration Space Race James E. Webb NASA
Women's History
2019, Vol. 11 No. 10

The Status of Women in Late Antiquity: Examining the Sociopolitical Climate, Societal Values, and Gender Roles
By Taylor A. Marcusson
The status of women and their role in Late Antiquity has been a topic of inquiry among historians. It is a particularly challenging study to achieve a degree of certainty because of the biases present in historical evidence. This paper shall explore... Read Article »
Women's History Late Antiquity Gender Equality Byzantine Art Women's Studies
Decolonization
2018, Vol. 10 No. 03

Newspaper Coverage of the Mau Mau Movement: A Constructivist Argument
By Esme Trahair
On February 14th, 1965, just one week before he was assassinated, Malcolm X delivered a speech in Detroit. He spoke about his beliefs concerning segregation and civil rights, and made a point of contextualizing the civil rights movement globally... Read Article »
Mau Mau Kenya Decolonization Sub-Saharan Africa Civil Rights Movement Revolution Colonialism
Victoria Era
2018, Vol. 10 No. 01

Victorian Racism: An Explication of Scientific Knowledge, its Social Character, and its Relation to Victorian Popular Culture
By Peter H. Conlin
The British Empire of the nineteenth century displayed and embodied racism in its composite. In embodying this idea of racial inequality, the Empire created grounds on which it could justify the imperialist actions that it executed throughout the... Read Article »
Victorian Era British Empire Colonialism Racism Scientific Knowledge British Imperialism
Ancient History
2017, Vol. 9 No. 11

Persianization and Intimidation: Investigating Discord in the Court of Alexander the Great
By E. M. Suazo
A subset of Alexandrian scholarship which has garnered long-held fascination does not center upon a success, but rather a failure: that is, the divide in his court which emerged during his Asiatic campaigns. Such a divide, though incited by a number... Read Article »
Alexander the Great Ancient History Ancient Greece Military History